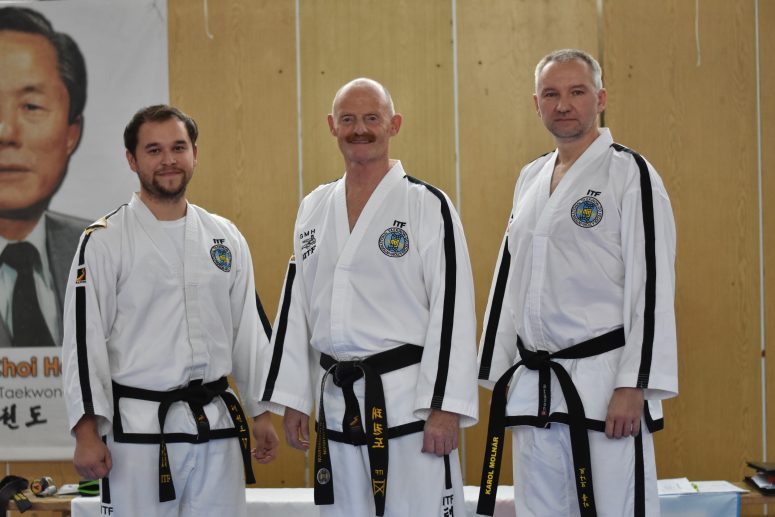 On the 14.-15.12.2019 in Nitra a seminar with the Grand Master Les Hutchison was held. The first day was for students with the minimal technical grade 6.kup, ie from the green belt higher. 43 seminar participants were exhausted both physically and mentally. Since the Grandmaster is a Scott, the seminar was in English. Occasional breaks were taken care of by our instructor Karol Molnár, who asked the Grandmaster many questions. In the evening, the participants were quite tired, but richer in information and secrets.

In the next morning, was the training for only black belts, ie for DAN holders. They practiced higher patterns (Korean tuls), also free sparring (Jayu Matsogi) and finally there was time also for self-defence (Hosinsul). After three and a half hours of training, the exercisers took a short break and began the examination for higher technical grades, among the students also called „páskovanie“ (grading/belting). Here, Dávid Giák from Turňa nad Bodvou reached the I.dan, his first black belt, Vivien Ballayová from Nitra reached II.dan and our instructor, Karol Molnár as the first Slovak reached the VI.dan.

This exam was a small step for our instructor, but a big step for Taekwon-Do Academy Slovakia (and an even bigger one for the Slovak Taekwon-Do).